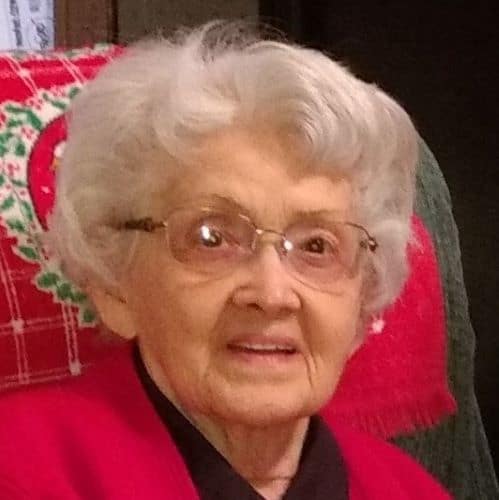 Winifred (Peak) Conwell, (101) of Newburgh, previously from Parker City, Indiana for 61 years, passed away February 27, 2022, at The Villages at Hamilton Pointe, Newburgh, Indiana. Winifred and her husband of 67 years, William Francis Conwell moved to Newburgh in 2005. She worked as a nurse for 10 years and assisted her husband in several businesses that they owned during their life together. Winifred was very active in the Parker City, Indiana community and the Parker United Methodist Church. When she moved to Newburgh, she attended Bible Center Cathedral and Christian Fellowship Church.

Winifred is preceded in death by her parents, brother Jack Peak, and sister Garnet Wright.

Visitation will be from 11am until the time of service at 1pm on Friday, March 4, 2022, at Christian Fellowship Church with burial to follow at Sunset Memorial Park Cemetery.

In lieu of flowers, Winifred asked that you make a contribution to a school she prayed for and supported in Rakai, Uganda called Hope for Uganda. Your donation will help provide for Christian schooling for some of God’s special children, send to Christian Fellowship Church at 4100 Millersburg Rd. Evansville, Indiana 47725 or through the website at onlinecfc.com

No Photos and Videos
Previous Corinne Cabello-Mancini
Next Keith A. Robinson