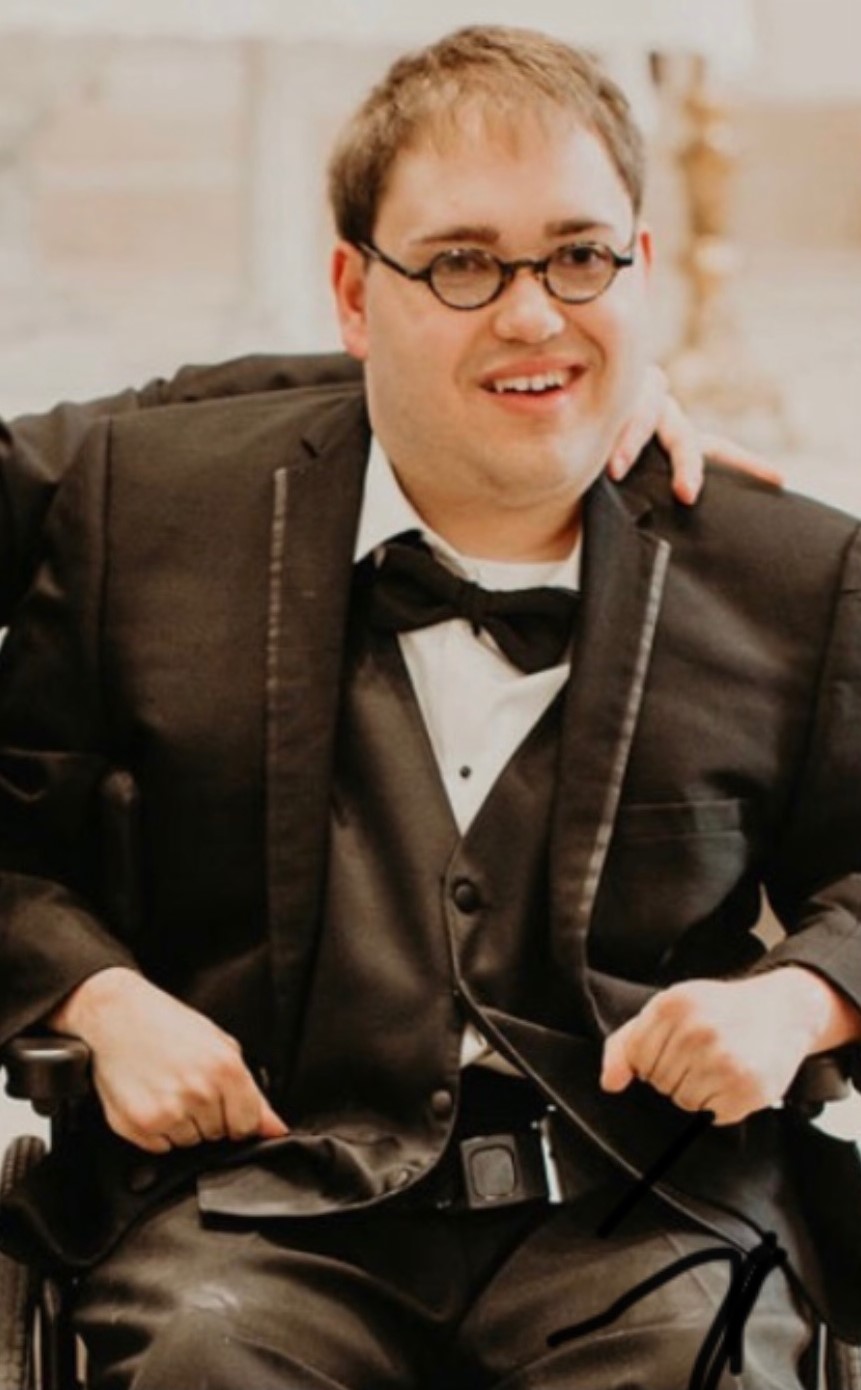 Jake was born at Welborn Hospital in Evansville, Indiana. He was born 3 months premature weighing only 1lb 15oz and diagnosed with Cerebral Palsy. Jake was an avid Southridge Raider Football fan, he was also a very big Country Music listener, Good Time Gold was his favorite radio show. He loved talking on the phone and taking calls on his birthday. Each year we had to keep count of the names and number of calls, his highest was 672 calls. Thanks to all of you who called him on his special day!

Jake is preceded in death by his grandparents LeeRay Olinger and Don and Clara Faye (Heim) Rust; Aunt and Uncle Mark and Becky Rust. He is survived by his loving parents Ron and Gretchen (Olinger) Rust; brother Nathan (Amber) Rust. In addition, he is survived by his grandmother Martha (Riester) Olinger and his Aunts and Uncles Greg (Carol) Olinger, Eric (Karen) Olinger, Chris Olinger, Julie Olinger, and Steve (Erin) Rust.

A Celebration of Life will be held from 2-6pm on Sunday, October 3, 2021 at the Huntingburg Country Club.