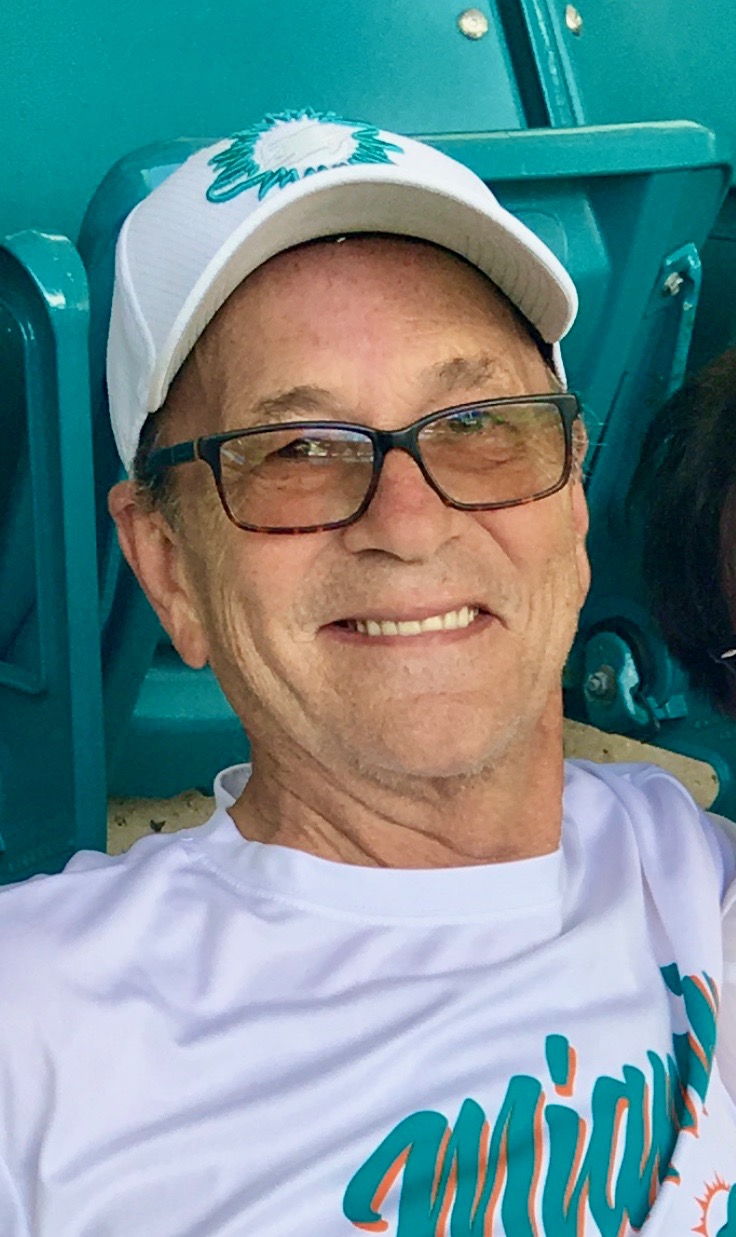 He is survived by his wife of 46 years Jane (Eberhart) Bartley, a daughter Samantha Jane (Bartley) Gehrig, her husband Stephan and grandchildren Owen, Oliver, and Oona of Delray Beach, FL. He is also survived by grandsons Kameron Lee (Bartley) Potter of Loveland, OH and Kolten McCutchan of Camby, IN, a brother Bruce J. Bartley, his wife Teresa, and a sister Cathy Brinton of Evansville, IN. He was proceeded in death by his son Robert Mark Bartley and parents Melvin Jr. and Bonnie Bartley.

He was born and raised in Evansville, IN and retired with Jane to Florida in 2016.

He worked since he was 16 until retirement. In his early working career, he climbed telephone poles the old-fashioned way for South Central Bell. Later he became a communication technician running the systems at Bristol Meyers and Citizen’s Bank.

He was a member of Salem United Methodist Church in Evansville IN.

He and his wife were avid sports fans, especially for the Dolphins, Marlins, Colts and IU; attending games as much as possible.

Visitation will be held at Sunset Memorial Park on May 16 from 10am to 2pm.  Funeral services will begin in Sunset’s chapel at 2 p.m.