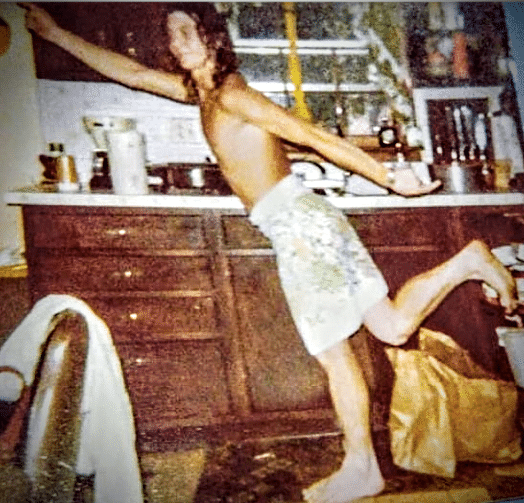 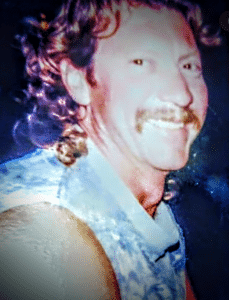 Lindy Nathan Hutchison, 62 years of age, passed away as expectedly and peacefully as possible in his home on Thursday, April 28, 2022. He thoughtfully weighed a decision between hospice and medical treatment choosing hospice approximately two weeks before he passed.

He was the father of two. One, Allura Hutchison Bilbro (your author of this tale and only surviving daughter) and one Georgina Kay Hutchison who preceded him in death by 35 years. His former wife of 20 years, the mother of his children, and his friend, Jennifer Wilhite Hutchison Gibbs survives him, along with his current girlfriend, Shelly Deom, who was by his side as he passed. He is survived by his loving brother, Ryan Kyle Hutchison, who lived with him and cared for him as his health declined; as well as many cherished nieces, nephews, and cousins – family that has been scattered all across the U.S.A. but never left his thoughts. Aside from his daughter Georgina, he was preceded in death by his brother Gregory Hutchison, his sister-in-law Lana Hutchison, his sister Lori Hutchison Gard, his nephew Jerad Gard, his mother, Doris Watkins Hutchison, and his father Richard Hutchison. He touched many lives, as he was charismatic and hilarious. A fun-loving trickster. His friendships and relationships were strong and long lasting.  He enjoyed the outdoors – hunting, fishing, running rabbits, camping, and hiking at Hemlock Cliffs. He was not religious in the way that he went to church but is quoted as saying, “my church is in the woods”, and he would go on to describe his feelings of peace and tranquility in nature. He loved small dogs with big attitudes, stray cats that fought raccoons, and birds that chirped incessantly. Later in his life, Lindy began to ride motorcycles. He didn’t ride to escape life but for life not to escape him. He felt alive when he rode and got a kick out of popping by my house and revving his engine as a call for me to hop on the back for a cruise. A cruise where he would inevitably take us out to some long, straight, desolate stretch of road, hit the gas really hard when I was not expecting it just to get a rise out of me, and then laugh maniacally when he did get that rise. Without getting him in too much trouble, all I can say is that he liked to go fast. Really fast. He worked at Electronics Research, Inc. for 30 plus years at the test site where he built, climbed, and tested FM radio towers. He previously worked in construction and as a tool and die maker. He loved his daughter (me) ferociously. He was supportive, kind, and grateful for me every single day. He was a fiercely loyal friend to a specific few men that he gathered along the way and kept in his life consistently from the time he met them (some as far back as the 1960’s) to now.  He loved Shelly so much. He told me that a lot in his final days. In those same final days, I had the opportunity to ask him if he had completed his bucket list. He replied,  “I’ve done everything there is to do… except maybe jump out of a plane.” To which I responded, “Well, I could throw ya out a plane”, with a laugh. He tipped his head to the side, thoughtfully, then said, “nah, too cold.” I wanted to quote him on that because I want those who are grieving him to know that that man knew that he had lived his life to the absolute fullest. As we know, but need reminding of at times, it is not about the destination, it is about the ride. Lindy had one hell of a ride. There will be no funeral. He did not want one. He did not want any tears, sadness, dread, or grief from anyone. I told him that all of that was natural and crying is healthy, but if it made him happy, we would all just wait to cry until after he passed. However, he did say I could throw a party for him.

For details on an upcoming life celebration for Lindy, please find a way to reach out to me. Feel free to pour yourself one of his favorite drinks – a Sprite, hot tea with a splash of milk and two sugars, chocolate milkshake, Coors Light, Miller High Life, or a rum and pineapple – and have a toast to a world class dad and the most interesting man I ever had the pleasure of knowing.