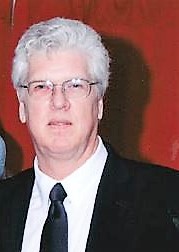 L.B. was a family man. He loved spending time with his children and grandchildren and was strongly devoted to his wife. L.B.’s main passion in life was music. He loved to play the guitar, drums, and harmonica. He was a drummer for a local band here in town called the Vikings. L.B. was a 1971 Bosse High School graduate. He became a contractor for over twenty years. L.B. then went on to work for and retired from Ameriqual after 17 years. L.B. was a past member of the Evansville Athletic Club.

L.B. was preceded in death by his parents and his brothers Steven Bush and Gerald Bush.

Visitation will be from 2:30 p.m. until time of service at 4:30 p.m. on Saturday, February 8th at Sunset Funeral Home. The service will be performed by John Bush.