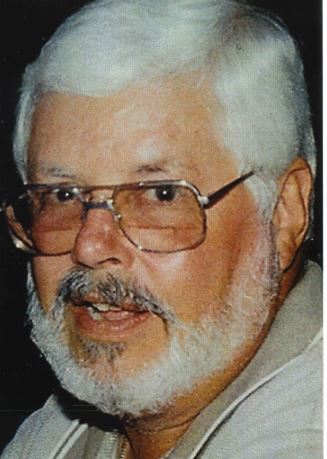 Kent James Adams passed peacefully on 31 October 2019, surrounded by his family and wrapped in the warmth of his many friendships. He is survived by his lovely wife of 59 years, Evelyn (nee Tate), his children Kelly, Scott and Amy Adams, Eric and Aileen McManamon, and Stacey and Brian Orange, and their respective spouses, his grandchildren (10) and great-grandchildren (9). Also by his brothers Hugh and Dale; and, his bichon, Bella, too.

Kent was born in Flint, MI, where he attended Northern High School and General Motors Institute, a then-leading engineering school. He graduated from North Carolina State University with a Masters in Engineering with a minor in Golf. His professional career spanned from Michigan to southern Georgia, culminating in a long tenure in the Evansville and surrounding area’s plastics community. Kent was a leading engineer and entrepreneur at Kent Plastics (no relation), Ball Plastics, and a founder of Mid-American Plastics. He was a member and past-President of the Society of Plastic Engineers. In his later years he owned and operated several companies.

Work is what he did between rounds of golf. Kent had a true passion and love for all things golf, despite having only limited ability to functionally play the game. Which is said jokingly, as he had several holes-in-one and won several tournaments, both individually and as a teammate. His golfing buddies were some of his closest friends and Kent could always be counted on to book a group tee time at a moment’s notice. He was perhaps called into the afterlife by some buddies who needed a 4th, ASAP.

Some things most people did not know about him; Kent dressed as the dancing AC Spark-Plug mascot for parades in Flint as part of his internship. He can be seen dancing in costume in Michael Moore’s “Roger and Me”. He was one of the first programmers on GM’s supercomputer in the early 1960’s. Kent built a complete, drivable, 1929 Graham Paige Model 827 Opera Coupe car out of a rusting shell of the body and motor. It took him 8 years. He was, for a period, an avid ham radio operator. Built his own amplifier that could reach around the globe. Kent rode a motorcycle for most of his life and was President of the local BMW motorcycle rider’s club. His golf club collection spanned over 100 complete sets. Kent was passionate about his weekly Rock Steady Boxing work-outs at the YMCA.

In lieu of flowers, chocolates or scotch, the family asks that you please make donations to the Rock Steady Boxing club at the Evansville YMCA in his honor.

A celebration of life service will be held at the Sunset Funeral Home at 1800 St. George Road in Evansville on Sunday, November 3rd at 3:00pm. Please bring your favorite Kent story.