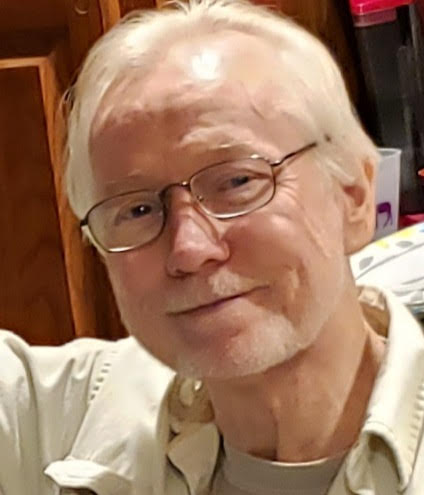 He was a graduate of North High School. He worked construction most of his adult life plus he bought and sold real estate. He still loved to work on small home projects around the house.

Enough of the boring stuff.

Later on, in life he loved creating and inventing new things. He was always fascinated by how things worked and dabbled in electrical experiments. We are hoping to find the answers to Cold Fusion buried in a dresser drawer, that is if the Aliens don’t find them first. Stay tuned for further developments.
He was a true artist and created sculptures, paintings and drawings. He was also a vivid story teller.
John lived life according to his own rules and walked his own path. If something did not fit into his agenda or way of thinking he would say “that doesn’t work for me”.

This year he discovered the wonderful world of online shopping and texting.
John was a life time bachelor, even though, according to rumors, many have tried.
Among his favorite possessions was his Tweety collection, his artwork, a worn Bible, Ancient Alien DVDs, Bee Gee CDs and anything you could buy with a coupon from Harbor Freight. By the way, if anyone needs flash lights or batteries let us know.

Although John did not have much and lived a simple life, he was known to help others that were less fortunate.

A celebration of life will be held at a later date.