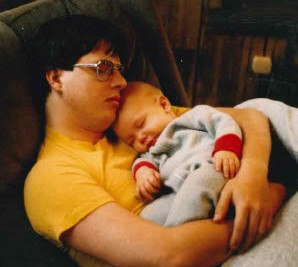 Joe graduated from the University of Southern Indiana in 1987 with a Bachelor’s Degree in Computer Information Systems and Accounting. He went on after that to work in the accounting field for over 21 years. He was a skilled and dedicated worker and a wonderful co-worker. All of Joe’s co-workers felt that he was a member of their family. Joe had numerous and varied interests that resulted in many diverse friendships. He was one of the first in the area to become involved in PCs being knowledgeable in both hardware and software applications. He had small collections of various items ranging from Mercian pipes to Sci-Fi trinkets based not on its intrinsic value but on its meaning to him. He was an excellent conversationalist who could discuss topics ranging from the most mundane to complex esoteric subjects. Through these varied interests, he brought together many whose paths would have never crossed.

Joe was a Freemason being raised in 1999 in Evansville Lodge #64. He served as its presiding officer approximately 5 years later after serving various junior positions. Joe also served as the Master of the lodge in 2005. He kept true to its tenets by uniting all regardless of their country, sect or opinion.

Joe is preceded in death by his parents. He is survived by his sister Rebecca “Sissy Beck” Riddle Jewell , nephews John Robert (Tanya Pettay) Riddle and David Henry Jewell; and great niece Chiara Zoe Riddle. In addition, Joe is survived by a host of dear friends and his work family.

“I love you; past, present, and future.” Sissy Beck