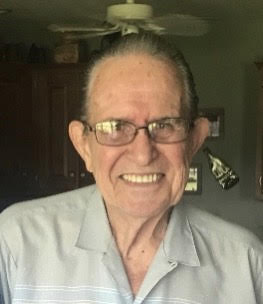 Gary Robert Lockhart, 84, passed away on September 21, 2021, at West River Health Campus. He was born on January 9, 1937 to Clarence and Lillian (Martin) Lockhart in Haubstadt, IN.

Gary worked at Whirlpool for 22 ½ years, retiring after 20 plus years with Alcoa. He was a member of the Masonic Lodge 464, Hadi Shrine Temple, and the Eagles. He proudly served his country in the Navy Reserve from 1958 to 1962. Gary had a love for playing the guitar in local honky tonks as a young man, as well as taking his wife, Diane, to any spot shoots he could find.

Gary was preceded in death by his wife Diane Lockhart, his parents Clarence and Lillian (Martin) Lockhart, his brother John Lockhart, and his sister Jackie Stehwien.

A private graveside service will be held at Sunset Memorial Park on Friday, September 24, 2021, at 1pm.