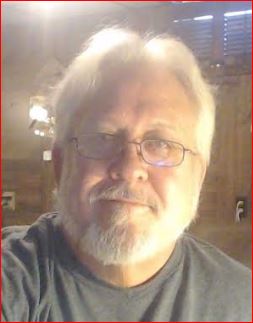 David Wayne Ervin, 58 born and raised in Evansville, passed away unexpectedly on November 27, 2019.
David was a veteran of the U.S. Navy and later worked in construction laying ceramic tile for many years. He also worked at Home Depot for a short time.

David had many talents, he loved to play his acoustic guitar, sing his favorite songs and dance. David was an excellent cook. His favorite thing to cook was Biscuits and Gravy, anything on the grill and homemade dressing. He was supposed to share his secret recipe for dressing on Thanksgiving Day at the shelter downtown where he volunteered.

David was an avid Indianapolis Colts fan and Peyton Manning was “the man”. He also enjoyed bass fishing in his spare time. The most important thing to David was his family. He was described as having that “special light” in his heart.

David was preceded in death by his parents; a nephew, Michael Ditzer; brother, Kenneth Ervin; and D.C. Braddam, brother-in-law.

Visitation will be from 10 a.m. until time of service at 12 p.m. on Wednesday, December 4th at Sunset Funeral Home with a water burial Friday, December 6th at 11 a.m. at Sunset Memorial Park.