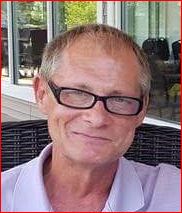 Brian Scott Fleming, 58 of Evansville, Indiana passed away on November 25, 2019. He was born in Evansville to his parents David and Sharon (Wise) Fleming.

Brian worked for Windsor Plastics (now SRG Global) for several years. But he later went on to become the owner of his own business, BF Transport. He loved playing with his new grandson. Brian also enjoyed fishing and gardening. His favorite thing to grow and eat were tomatoes, cucumbers, and peppers of all kinds, especially the spicy ones. He had a soft place in his heart for dogs and cats, but his most prized possession was his yellow El Camino.

Brian will be greatly missed by his family and friends.

He was preceded in death by his parents, and an uncle Samuel “Son” Wise.

The family has requested that services for Brian remain private.