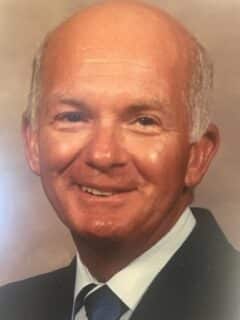 Ben enjoyed fishing, coin collecting, and gardening.  He was a member of Friendship Church for over sixty years and loved reading his bible.  Ben was such an amazing family man and enjoyed spending as much time as he could with them.  He loved basketball and watched every UK game.  He also retired from Sears and Roebuck & Co. after 30 years of service.

There will be visitation for Ben Monday 29th, 2022 from 11am to 1pm at Sunset Funeral Home & Memorial Park with service starting at 1pm with graveside services to follow.

In Lieu of flowers please make donations in honor of Ben to the Evansville Blind Association.