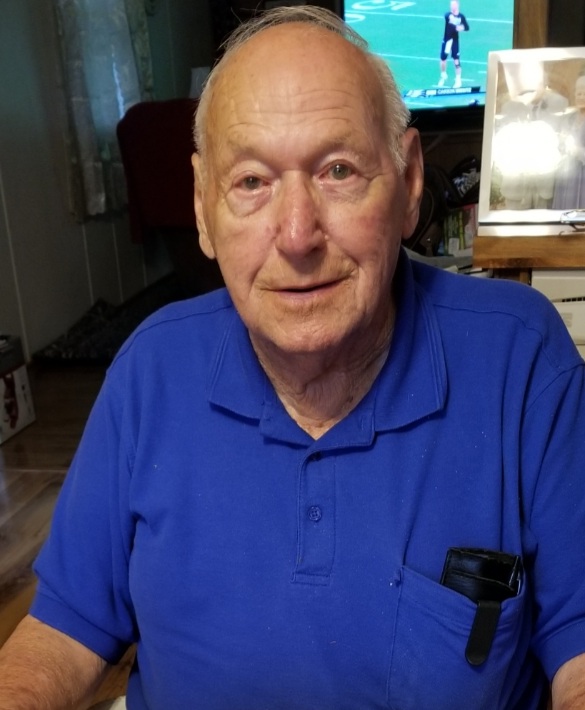 Austin Edward Wolf was a beloved grandfather, father, husband and friend during his incredible 91 years of life. He passed away peacefully at Linda E. White Hospice on Sunday, August 29, 2021, after a brief hospital stay.

Austin was born on September 6, 1929, to Edward and Margaret Wolf in Evansville, IN. He grew up in Evansville and attended Memorial High School. Austin proudly served in the Army during the Korean War and received an honorary discharge. He graduated from Mechanic Arts and started his first career at Faultless Caster as a tool and die maker. He worked at Faultless for over 40 years. After retiring from Faultless, Austin found that he didn’t like just sitting around so he started his second career of delivering flowers for “The Flower Shop”. He worked at “The Flower Shop” for over 20 years.

Austin had a wide range of interests including bowling, boating, fishing, woodworking, and dancing with his wife Jeanette. Austin met his wife, Jeanette, through mutual friends who worked with Jeanette at K-Mart. She loved to tell everyone that Austin was her “Blue Light Special”. They were married on February 19, 1983. They loved being together and watching their family expand and grow. Family was very important to them both. One of Austin’s current favorite pastimes was to sit on the porch and listen to the windchimes and watch the hummingbirds.

Visitation will be held on Saturday, September 4, 2021, from 12 p.m. to 2 p.m. Services will begin at 2 p.m. in the Chapel at Sunset Funeral Home. Burial with military honors will follow at Sunset Memorial Park.

Funeral and visitation can be viewed on Zoom:
*Join a meeting
Login: 8124775316
Password: Sunset