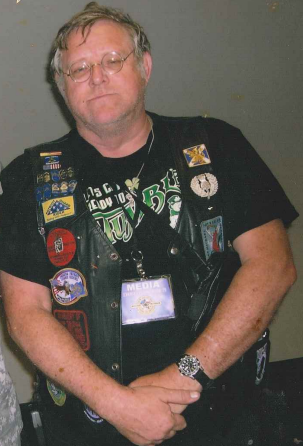 Michael was a military relics and memorabilia dealer from age 15. Michael was a proud member of the Patriot Guard since 2005, the VFW in Boonville and, the Sons of the American Legion Post 44. Michael worked for Alcoa for 30 years. He was a Commissioner for Clan Grant Society. He also loved collecting and riding motorcycles. He was also a historian.  He portrayed Captain Adam Rankin Johnson in Civil War Reenactments and for the Newburgh Ghost Walks for several years. Michael was also a Kentucky Colonial, a Son of the Confederacy, and an honorary Wild Goose.  Michael absolutely loved sunsets. He tried to see as many sunsets as he could.

Michael is survived by his wife Vicki Johnson; his son Morgan Johnson (Sadie Smith); and his step-daughter Sarah Bickett.

Michael was preceded in death by his parents Leroy and Clara Johnson and his sister Linda Johnson.

Visitation will be from 11 a.m. until time of service at 1 p.m. Friday, March 20th at Sunset Funeral Home with a burial to directly follow at Sunset Memorial Park.