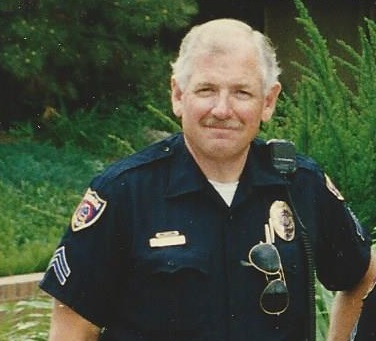 Walter Alexander “Alex” Mowery, 73, passed away in Evansville, Indiana on January 12, 2021. He was born in Chattanooga, Tennessee to Callie Geraldine (Griffin) Mowery and Luther Joseph Mowery on February 7, 1947.
He served our country as a Captain in the United States Army. During his time in the service, he received several US Army Commendations including: National Defense Service Medal, Good Conduct Medal, Vietnam Service Medal, Meritorious Service, Bronze Star Medal with Oak Leaf Cluster, Republic of Vietnam Meritorious Service Medal, Overseas Services Bar for the years 1965, 1968, and 1970, Republic of South Vietnam Cross of Gallantry with Palm, Meritorious Unit Citation, and the Bronze Star Medal with 2nd Oak Leaf Cluster. He also received several badges including: Sharpshooter-M60, Marksman-M14E2, Expert-M14, and Expert-M16. He received a Bachelor’s Degree from the University of Nebraska at Omaha in Criminal Justice and became a police officer for the Arvada Colorado Police Department, where he served as a corporal. He loved serving and protecting his community. Above all else, he loved and cared for his family deeply.
Alex is survived by his brother Jonathan (Sandy) Mowery; his sisters, Star and Talitha Mowery, his niece, Amy Mowery of Tennessee and her children; Forrest Mowery and Grace, Lillian, and Olivia Dengler; his niece Beth (Dexter) Russell of Mason, Ohio and their children; Wilson, Emmaline, Clara, and Davis; his niece, Stacey Burns of Tega Cay, South Carolina and her children; Kyah and Camden Fuqua; his friend, Greg Young and his family of Evansville, Indiana; and his friends from the Arvada Police Department that he formerly served with, Frank Oschmann, Dave Everett, and Rich Glenn.
Alex is preceded in death by his parents and his brother, Luther Joseph Mowery III.
Services will be held at 1:30pm (EST) on Wednesday, February 24, 2021 at the Chattanooga National Cemetery in Chattanooga, Tennessee.