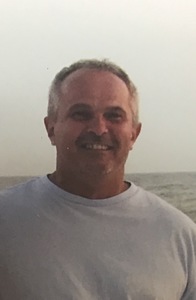 Cancel reply
Thomas “Tom” Shaffer, 57, was born January 6th, 1961 to Thomas Shaffer Sr. and Sheila Zoll in Evansville, Indiana, passed away during the early morning hours on February 13th, 2018 in Posey County Indiana.
Tom was an avid lover of basketball, golf, and cars. He had a lifelong love of music, and was a die hard fan of Mötley Crüe. Tom was a simple man, enjoying the peaceful times and quiet nights at home with his loved ones and the cats.
Tom is survived by his long time life partner, Gayle Stearns;  her children Kyle, Lexi, and Cierra Stearns to whom he was a father figure; his son Zach Shaffer; his brothers Mick (wife Patty) Shaffer, Rick Shaffer, and Jimmy (wife Cyndi) Russelburg; his aunt Cynthia (husband Bob) Zoll-Bayer; his best friend Ben (wife Brandi) Geach; and a plethora of nieces and nephews – both family and adopted.
Tom was preceded in death by his mother Sheila and father Thomas Sr., as well as his beloved cat Madison.
A simple service for family and close friends will be planned for a later date, as per Tom’s wishes there will be no official funeral; instead the family asks that he be remembered and honored for his life, not the great loss that his leaving has created.
Previous Roy L Wilson
Next Maygen Fitzpatrick-Sears