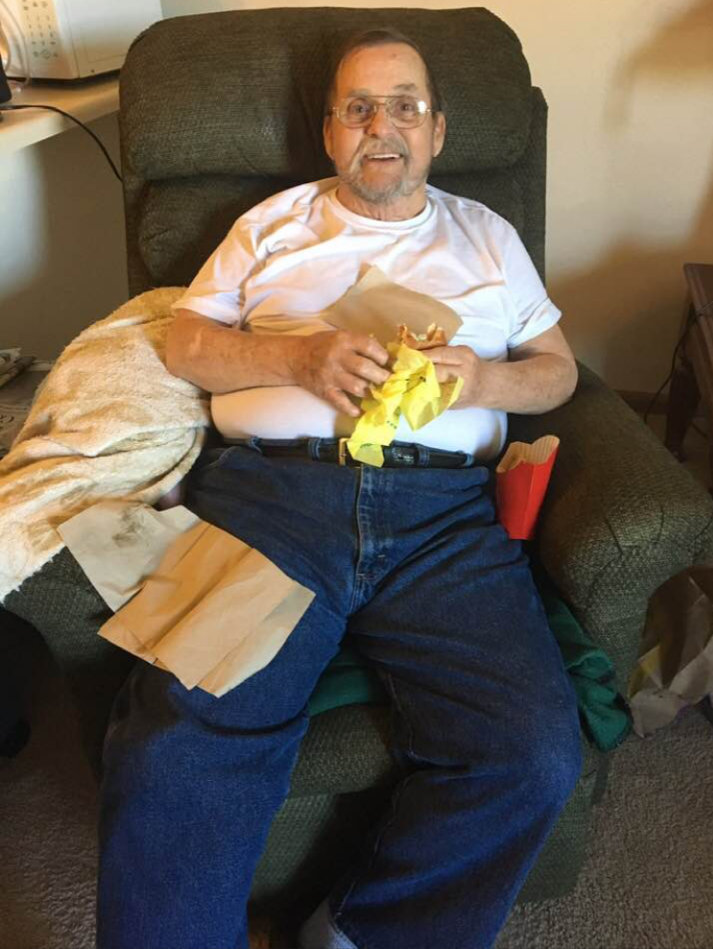 Stephen Elmer Marx was born in Evansville, Indiana on November 12th, 1944 to Elmer Bud Marx and June Blackburn Marx. Stephen went to be with the Lord on November 30th, 2019, at home with Heart to Heart Hospice. Stephen married the love of his life, Linda Louise Lamey on November 9th, 1963. Stephen and Linda were childhood sweethearts from the ages of 13 and 12. They just celebrated their 56th wedding anniversary. Their love and commitment to one another was a shining example of everlasting love. From that love, two daughters were born 3 and a half years apart, Lori Lynn Turi and Jodi Kay Phelps. Stephen was the eldest of four children followed by Gary, Mike and Janet. He deeply loved all his siblings and was the quintessential big brother and trusted father figure. Stephen enjoyed time with his family, fishing, playing pool on his beloved grandfather’s pool table and camping. He loved adventures, singing love songs to Linda and telling stories about his grandchildren. Stephen was also the epitome of a hard working man, which was evident in his 40 year retirement from JH Rudolph. Stephen never met a stranger and was willing to help anyone in need throughout his life but he mostly loved the memories he created with Linda, his children and grandchildren. He was loved by us all as well as extended family, friends and neighbors.

The family would like to extend their gratitude for the following health providers; Dr. Jordan Carlock and his nurse Darla and all his staff at St. Vincent Ascension. Dr. Winston Davis, Dr. Lindsay Yoder, Dr. Elizabeth Nicholson, Dr. Vuppalanchi, Dr. Ahmed Kahn, and Dr. Muhammed Habib from IU Medical Hospital in Indianapolis. Dr. Vishal Bahtia Dr. Peter Juran, Dr. Hoang Tran, Dr. Michael Titzer, Dr. Venkata Yellamanchili and his wife, Dr. Prasanna Yellaminchili, Dr. Aedoula along with Deaconess Home Health and Heart to Heart Hospice. Your kindness and concern for the well being and health of our father has not gone unnoticed and we are forever grateful.