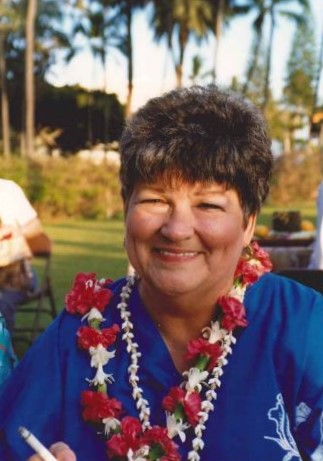 June was a loving mother, sister, and grandmother. She loved spending time with her family. In 1966, Rosalind married Elven which began their journey around America. They lived in Jasonville, Indiana, Oahu, Hawaii in 1966, and then in 1969 they moved to San Diego and began working for Conic semi-conductor manufacturing. She helped make parts for the lunar buggy for Nasa and was an approved assembler for Nasa. She loved to tell everyone that she had her fingerprints on the moon. June also loved making ceramic dolls. She was very good at it. June also enjoyed riding motorcycles and traveling. June also enjoyed wintering at McDill Air Force base with her husband and friends.

June was preceded in death by her husband Elven Boyd; her parents; and her siblings Juanita Wilder and Bob Sanders, Christina Frazier.

Visitation will be from 1 p.m. until time of service at 2 p.m. on Friday, February 21st at Sunset Memorial Park Chapel of Peace Mausoleum.

No Photos and Videos
Previous Suzann Tevault
Next Debra Like