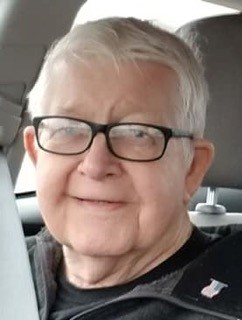 Robert F. Brockey, 82 of Evansville, Indiana passed away peacefully on May 9, 2019 surrounded by his loving family. He was born in LaVale, Maryland on May 16, 1936 to his parents, the late Howard V. and Essie C. (Bramble) Brockey.

Robert graduated from Allegany High School in Cumberland, MD in 1955. After graduation he entered the United States Army and honorably served his country from 1955-1959

Soon after he met and married his wife, Mary Lucille (Mortzfeldt) Brockey, and they started a family.

Robert worked for PPG for over 30 years, including locations in Cumberland, MD, Wichita Falls, TX and Evansville, IN before retiring in 1995. He was the supervisor of Marshalling at the time of his retirement.

Robert had many hobbies and talents. He was a founder and member of the Dickweed Hunting Club in West Fork, IN where he was known to everyone as “Grandpa”. The club recently celebrated its 30 year anniversary. He enjoyed gardening, making homemade wine, working crosswords and was especially talented at writing poetry. He was a member of the Knights of Columbus and the VFW.

He is preceded in death by his parents and his wife of 59 years, Mary (Mortzfeldt) Brockey, his brothers Paul and Charles “Jack”; his sisters Virginia and Dorothy.