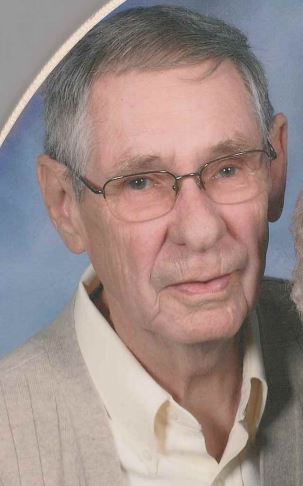 Robert served his country in the United States Army. He worked at Whirlpool as the head operator for 40 years. Robert was an outdoorsman. He enjoyed watching sports and playing badminton, volleyball, and yard darts. Robert loved sitting on his front porch smoking and keeping track of the neighbors. In retirement he drove for Lexus. Robert was a member of Bethel Temple for over 30 years.

Robert is survived by his sons Rick (Judy) McKain of Tucker, GA and Wally (Betty) McKain of Evansville, IN; his grandchildren Rikki (Charles) Scarborough of Augusta, GA, Hayley (David) Kruse of Evansville, IN, Andrew (Sarah) McKain of Katy, TX, and Jake (MacKenzie) McKain of Makati City, Philippines; his great-grandchildren Charlie, Daniel, Otis, Jude Scarborough, Addison, Brooklyn Kruse, Ayla Grace McKain, Gideon McKain and one on the way; and a few nieces and nephews.

Robert was preceded in death by his wife Doris McKain; his parents; his siblings Edgar, Mary, and Almadel.

Visitation will be from 9 a.m. until time of service at 11 a.m. Tuesday, July 21st at Sunset Funeral Home with a burial to directly follow at Sunset Memorial Park. For those who cannot attend, live streaming will be available. Please contact the funeral home for live streaming. In lieu of flowers, please make donations to the Evansville Rescue Mission.