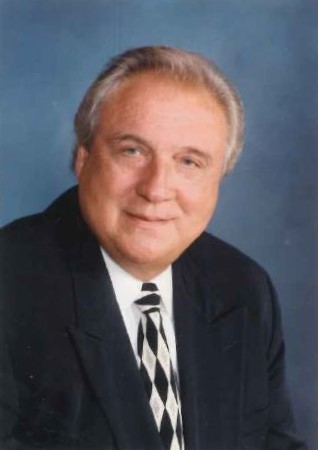 Robert Conrad Schmitt, 76, of Evansville, IN, passed away Saturday, February 2, 2019, at his home surrounded by his loving family. Robert (Bob) was born February 15, 1942 in Evansville, IN to the late Edmund and Florence (Klippel) Schmitt.

Bob was in the first graduating class of North High School in 1960. He enlisted in the Navy in 1961. He was a proud Navy Vietnam Veteran. He served from 1961-1965 on Submarine USS Tiru SS 416. Bob made two 6-month West-Pac deployments doing surveillance and picking up downed flyers in the Gulf of Tonkin.

After the Navy, Bob served on the Vanderburgh County Sheriff’s Department, Canine Unit for two years before being employed at Nunn-Better Milling as a salesman, then retiring in 1988.

Bob and his wife Lois, purchased bars from Newburgh to Elberfeld. Bob and Lois then founded Spa City USA in Evansville before selling it to his son Jeff in 2001.

Bob enjoyed the friendships he made through his memberships in Eagles 427, Owls 30, VFW 1114, American Legion, Evansville Country Club, and the Holland Club, which is an elite organization for those qualified submariners of 50 years or more. He was a former member of the OBC. Bob enjoyed his yearly reunion with the men who served on the USS Tiru SS 416.

In addition to his parents, he was preceded in death by his first wife Carol (Nunn) Schmitt of 18 years.

Visitation will be from 2 p.m. until 8 p.m. Wednesday, February 6th at Sunset Funeral Home. A visitation will be from 10 a.m. until time of service at 11 a.m. Thursday, February 7th at Sunset Funeral Home with an entombment to follow in Sunset Memorial Park. Memorial contributions may be made to the North High School Alumni Scholarship Fund c/o Public Education Foundation of Evansville INC, PO Box 1163, Evansville, IN 47706 in memory of Robert C. Schmitt, class of ’60 or the McCutchanville Volunteer Fire Department, 9219 Petersburg Rd, Evansville, IN 47725.