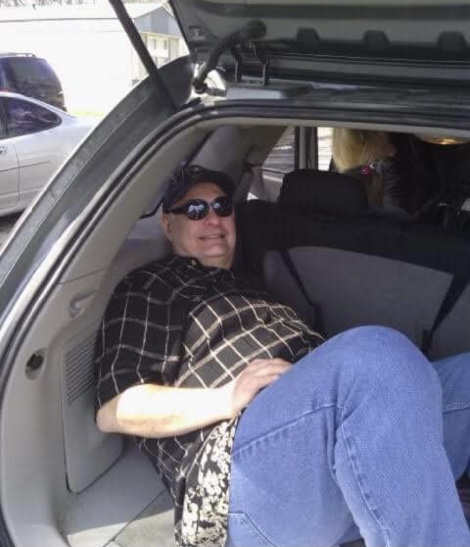 Ricky Wayne Brown, 63, passed away in Evansville, Indiana on February 1, 2021. He was born on July 22, 1956 in Evansville, Indiana to his parents, Chloe (Meyer) and Joseph Brown.
Ricky graduated from Central High School in Evansville, Indiana. Ricky was a free spirit and he had a big heart. He loved to be outside and go on bike rides as often as possible. As a believer in God, he enjoyed talking about Jesus Christ to anyone he could, whenever he could. Ricky loved his family and will be deeply missed by them.
Ricky is preceded in death by his parents, Chloe (Meyer) and Joseph Brown; his sisters, Danita Brown and Mildred “Midge” Brown.
Ricky is survived by his daughter, Lori Brown; his grandchildren, Jake (Jessie) and Jordan Brown, and Justin (Lindsay) Bridge; his great-grandchildren, Jep Brown and Jaxton Bridge; and his brother, Brad Brown.
Services will be held at later date.