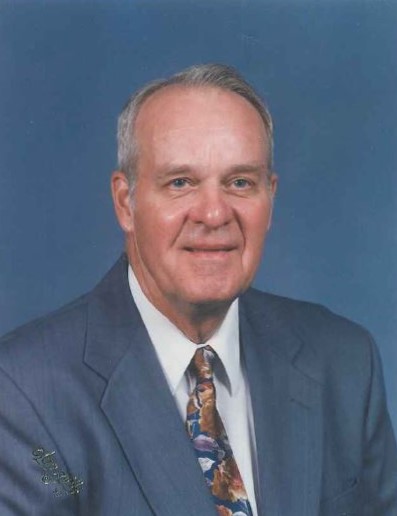 Paul served his country in the United States Army during the Korean Conflict Era in Okinawa, from January 24, 1951 to November 28, 1953. During his service, he was a pipeline engineer, and was directly responsible for servicing and fueling planes in the conflict. In 1953, Paul was honorably discharged, and later received a National Defense Service Medal for his service.

In 1951, just before his US Army deployment, he married the love of his life, Mildred L. Tracy. From 1951 until his retirement in 1992, Paul excelled in his career with Arapaho and Colonial Pipeline Company. Paul was dedicated to his work and his diligence allowed him to be promoted many times, eventually becoming Station Tank Farm Manager.
Though his work took them to 7 different states across the US, Paul and Mildred never met a stranger and made friends wherever they went. With every new home, they transferred their United Methodist Church membership, always tithing and contributing to the Gospel of our Lord Jesus Christ through service and financial contribution. They also served as lay ministers in Bible studies and both men’s and women’s fellowships. They both sang in the church choir every Sunday, as well as during special holiday services. Paul made sure that his family always made it to church on time every Sunday.

Having grown up on a family farm with 7 siblings, Paul enjoyed having the care of pastures, flower planters, and trees, and was a talented farmer and gardener. His love for nature and the outdoors included caring for several horses and a special adopted black cat he affectionately named Shadow. Paul and Shadow were buddies until Shadow passed while he and Millie lived in Cambridge Village in Evansville, IN.

Visitation will be from 11:00 am (CST) until the time of service at 1:00 pm (CST), Friday, March 15, 2019 at Sunset Funeral Home, 1800 Saint George Road, Evansville, IN 47711. Pastors Bob and Sherry Gregory will officiate. A burial with Veteran’s Honors will directly follow the service at Sunset Memorial Park. In lieu of flowers, if the guests wish, they may make donations to The Parkinson’s Foundation at https://parkinson.org/ by going to the Tribute section of the Donate tab and adding Paul E. Ulrich’s name.