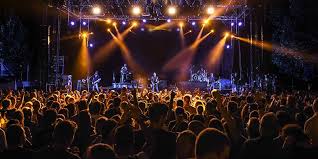 Michael Timothy Saulman, 59, passed away on March 5, 2019 in Bloomington, Indiana. He was born on September 17, 1959 to Alene Elizabeth Saulman in Evansville, Indiana.

Michael was a free spirit. He graduated from Bosse High School. Michael enjoyed riding his bicycle and going to concerts.

Michael was preceded in death by his mother.

Private services will be held at a later date.