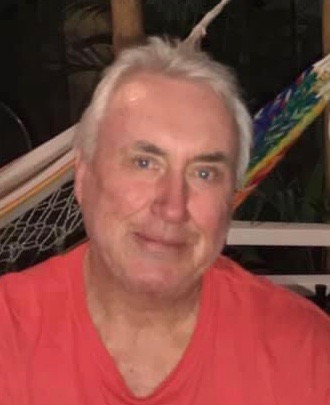 Michael was born on September 13, 1949 in New Albany, Indiana to the late Nina and Leamon Harper. Along with his parents, he is preceded in death by his sister, Robyn Harper.

Michael Harper is survived by his devoted wife of 21 years, Julie Harper and his loving son Brandon (Sara) of Evansville, Indiana. He also leaves several nieces, nephews, and cousins, along with other extended family, including Sara‘s children, Ashtyn and Austin Terry, and stepson Marshall Tucker of North Palm Beach, Florida.

Michael was a proud member of the “Huntin’ Dogs”, a “pack” of dedicated lifelong friends who treasured each other’s company throughout their lives. They were a band of brothers.

Michael was a devoted and loyal man to friends and family alike. He was always there to help others and his generous and loyal spirit touched many people. He was treasured by all who knew him, a wonderful father, husband, and friend. After a long and strenuous work life, he decided to take retirement on the beaches of Ecuador, where he loved sitting by the water and enjoying the sunset. While there, he helped with earthquake relief and “Vision Mission”, which he and his wife created to assist the needy with their vision requirements. He served on the board and helped raise money for “You and Us for Manta’s Children” as well as canine rescue operations in Ecuador. He will truly be missed across many continents.