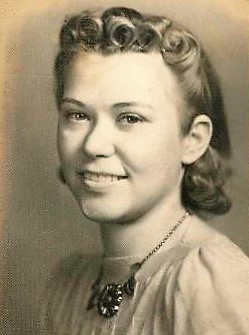 Mary Emily (Wynn) Rundell passed June 11, 2019. She was born on August 26, 1921 near Parkersburg, Illinois. She was the last of six children of Archie and Tillie Wynn.

As a child, she attended a one room school until high school when she hired out as a domestic for room and board so she could attend high school in Olney, IL. After graduation, she moved to Evansville so she could attend Lockyear Business College. She then worked for Iglehardt Mill until her marriage to Wm Rundell in 1942. Together they formed and ran Rundell School Pictures in Evansville for many years. Mary was the organizer and office manage, Bill the photographer, processor, and face of the business.

While raising her family and working the family business, she also found time to be very active in her church, St. James East United Methodist Church. She also volunteered as a Pink Lady at St. Mary’s Hospital, drove for the American Cancer Society, and was the neighbor who collected for the Heart Association, etc.

Mary was preceded in death by her husband Bill, her parents, and all of her siblings. She is survived by her three daughters, Carolyn Sexson (Richard), Diane Rundell, and Pamela Scott (Neil), four grandchildren, eight great-grandchildren, and five great-great grandchildren.

A private family service was held in her honor. Friends may make a contribution in her name to a favorite charity if they wish.

Her family would like to thank the staff at North Park Nursing Home and Kindred Hospice for their wonderful care.