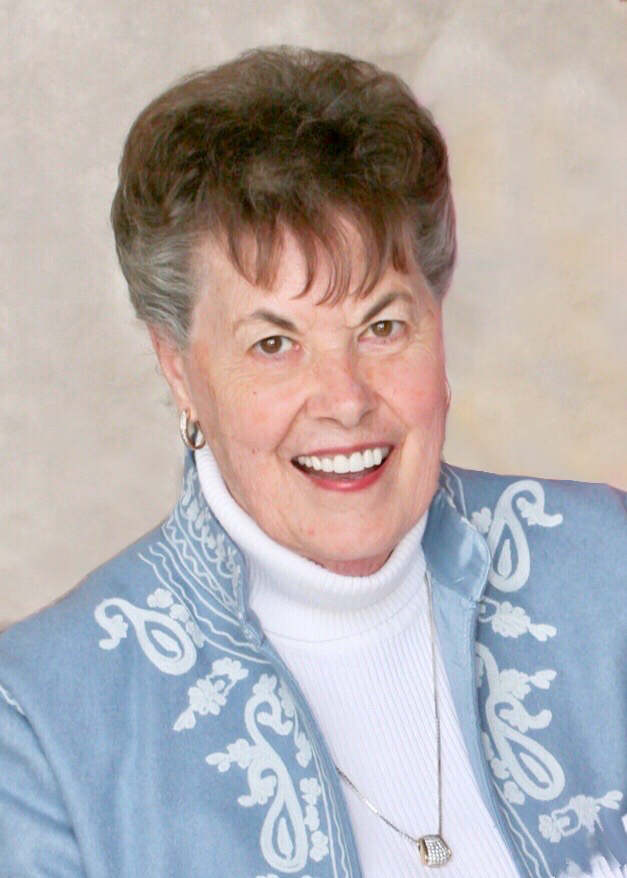 Marilyn Belle (Lowell) Anderson, 91 passed peacefully surrounded by members of her loving family on July 27, 2020. She was born on February 6, 1929 in Courtland, KS to Dr. Perl Russell and Thelma (Morfoot) Lowell. While we mourn the loss of her earthly life, we rejoice in the fact that she is now with her loving Savior and those precious loved ones who have gone before her.

Marilyn graduated from Belleville High School in 1949. She attended Colorado Woman’s College (later known as Colorado Women’s College) in Denver, CO as a journalism major. While at CWC, she was the sports writer for the school newspaper column titled, “T- Off With Ducky.” She later taught kindergarten in Narka and Atwood, KS.

Marilyn married the love of her life (Kenneth R. Anderson) on December 24, 1950 at the United Methodist Church in Belleville, KS. She was always involved in her local United Methodist Church. Her strong and solid faith in Christ was apparent to everyone she met. She spoke often of the assurance of her salvation in heaven and exhibited a Christ-like love of others through her many acts of service and her natural leadership abilities.

She cherished her Belleville High School classmates and the relationships they held. For many years she faithfully helped organize their annual reunions. Marilyn was blessed with a kind spirit and a wonderful sense of humor and she blessed others with those gifts. You would often find her organizing showers, parties, celebrations, and other special events for people in her life. Others were drawn to her special gift of making people feel noticed, included, and loved. It would be an understatement to say that she adored her children and grandchildren, for they were one of her greatest earthly joys. She was a naturally gifted encourager and loved to send handwritten letters to everyone she knew with the intention of spurring them on through life’s joys and trials.

Music spoke deeply to her and she loved to sing. One of her favorite hymns, “There’s Room at the Cross for You” leaves a message she loved to share:

The cross upon which Jesus died, Is a shelter in which we can hide,

And its grace so free is sufficient for me, And deep is its fountain as wide as the sea.

Though millions have come, there’s still room for one

Yes there’s room at the cross for you.

Marilyn was preceded in death by her husband Kenneth, parents, and a sister Anita Price Beaudin. She is survived by her sister Lois Beth Schmidt, Belleville, KS.

Memorial services will be held at a future date for Kenneth and Marilyn as they are laid to rest together in their hometown of Belleville, KS. The family respectfully requests memorials be sent to any of the following: Samaritan’s Purse, online or P.O. Box 3000, Boone NC 28607; Garden City United Methodist Church 1106 N. Main St., Garden City, KS 67846; or First United Methodist Church, 2013 M St., Belleville, KS. 66935.