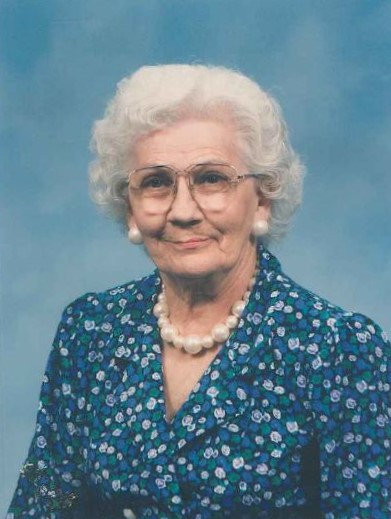 Lila grew up on a farm with her family and she was the second oldest of 13 siblings. She worked at Republic Aviation during World War II. During her time there, she became a pen pal to a soldier at war. This soldier became her husband Kenneth. They were married when he returned home from World War II. Lila was a homemaker who loved to take care of and spend time with her ever growing family. She also was an Avon Lady for 23 years and won several awards. Lila was a devout Christian woman and a member of Calvary Temple for over 50 years. She travelled to the Holy Land three times back in the 70s.

Lila was preceded in death by her husband Kenneth Rolfe; her parents; and her siblings Margaret, Ana Marie, Elward, Parker, Sterling Jr., Eugene “Shug”, and Betty.

Visitation will be from 11 a.m. until time of service at 1 p.m. Thursday, September 26th at Sunset Funeral Home with a burial to directly follow at Sunset Memorial Park. Her son-in-law Rev. Bob Duff will be officiating the service. The family would like to thank Pine Haven Nursing Home and Heritage Hospice for their care of Lila.