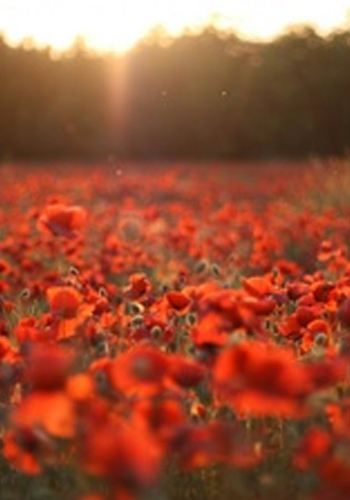 Jonell Walker passed away July 4, 2017 at the age of 98 after a lengthy stay in a nursing home in Newburgh, IN.  Jonell was the first born daughter of Elizabeth (nee Myers) and Cleggett Dockery in Muhlenberg County, Kentucky on January 20, 1919.
Jonell’s family moved to Evansville, where she graduated  from  Central  High School.
After serving in the U.S. Army, she attended the University of Southern California where she graduated with a degree in Dental Hygiene. She married Dr. Ned Walker, a dentist  whom she met while at USC Dental School in 1947. They resided  in Santa Monica, CA for many years. Upon retiring, they moved back to Evansville in 1982.
Jonell was active in many social and charitable organizations. She was a long time member of Central United Methodist Church in Evansville.
She is survived by her children Patricia Best of Keeseville, NY;  her son James Walker and his wife Katherine of Lancaster, CA; her sister Patricia Mosley, and brother Edward (Jack) Dockery and his wife, Gayla of Evansville,   Jonell was preceded by her husband in 1984.
A graveside memorial service is scheduled for Saturday, August 5, 2017 at 1:00 PM at Sunset Memorial Park Cemetery. In lieu of flowers, donations may be made to the Alzheimer’s Association.

Chapel service at 1 p.m. on Saturday August 5th, 2017 at Sunset Memorial Park in the Chapel of Peace.