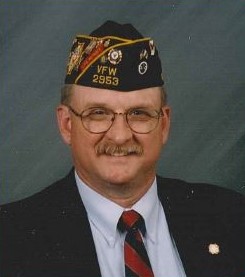 John served his country in the United States Navy. He was a decorated Vietnam War veteran. He was immensely proud to serve his country. After his service, John became a paramedic and worked as an EMT for Alexander Ambulance. He also became a volunteer firefighter. John enjoyed participating in French and Indian reenactments at the Spirit of Vincennes with his family. John was also an excellent craftsman. He would make humidors for cigars and his own fishing rods as well as leather working. John was also a proud member of the VFW.

John was preceded in death by his parents and his sister Carol Johnson.

A gathering of family and friends will be from 9:30 a.m. until the time of service at 10:30 a.m. Monday, February 24th at St. Paul’s Lutheran Church, 100 E. Michigan Evansville with a burial to follow at Sunset Memorial Park with military honors.

The family would like to thank the VA for their love and care of John. In lieu of flowers, the family asks donations be made towards his final expenses.