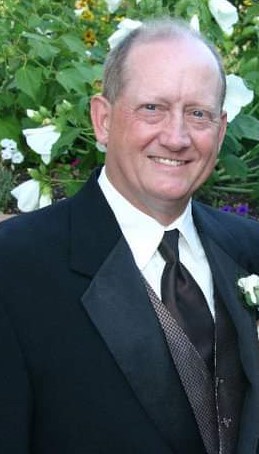 John “Jack” Zahn, 66, passed away peacefully on January 24, 2021 in Newburgh, Indiana surrounded by his loving family. He was born in Belleville, Illinois to his parents, Walter and Joan (Budde) Zahn, on July 8, 1954.

Jack graduated from U of E in 1978. During his time there, he played for the U of E soccer team as the defensive captain. He went on to serve as the CFO for local manufacturing companies, Uniseal Inc. (for over 30 years), Brake Supply Co Inc, and SealCorpUSA, Inc. He enjoyed woodworking, collecting coins, and collecting stamps. Jack was even President of the Evansville Stamp Club. He loved sports such as soccer, basketball, and golf, and coached his kids and grandkids in these activities. Jack loved to travel and he especially enjoyed his yearly fishing trips to Canada with his family, which will be greatly missed by all who joined him. Jack loved all animals, especially his fur babies, Zoey and Little Jack. Jack had a big personality with an outstanding sense of humor. He loved telling animated stories and laughing with family and friends. Jack was truly a family man and a fantastic father. He was dearly loved by his children, grandchildren, and great-grandchildren. Jack had a huge, kind heart. He always made a positive impact on the lives of the people he met. He volunteered for the United Way and served on the board of directors. He was also a member of the Keel Club and was the chairman of the Pacesetters through the United Way. He served on the board of the Evansville Business Group on Health as the treasurer. Jack was a deeply selfless person and he will be missed by all who knew him.

Preceding Jack in death are his parents, Walter and Joan (Budde) Zahn and his son, Bob Cotton.

The family would like to give a special thanks Deaconess Gateway for their loving care of Jack during his time there.