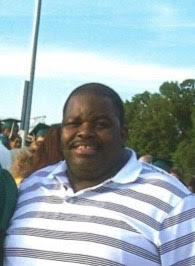 A proud graduate of North High School 1983. Harold was creative from the start as his first time on the drums was at age 10. While collaborating with friends to create Soulunique, he was able to display his singing talents and share his gift with the tri-state. Ever the competitive athlete, he sought to bring out the best and push you to reach for your full potential. He greatly enjoyed cooking and sports. Family and friends who became like family were of the utmost importance to him.

Visitation will be from 11am until the time of service at 1pm on Thursday, April 28th, 2022, at Sunset Funeral Home with a burial to directly follow at Sunset Memorial Park.