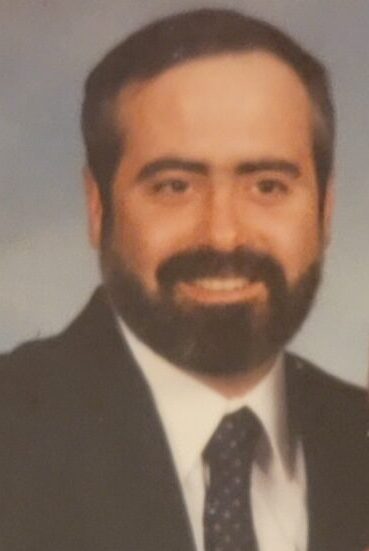 Buck was a truck driver for 37 years and retired from USF Holland. Buck’s favorite things to do were diving, water skiing, and cooking (mainly grilling). He was actually on the U of E dive team. Buck was known for his Annual 4th of July Pig Roast and his collection of Harley Davidson t-shirts. His favorite food was ribs and pulled pork, or anything barbeque. Buck also enjoyed his grandma’s butterscotch pie and anything his mother cooked for him. He liked watching Clint Eastwood western movies, John Wayne, the Pittsburgh Steelers, and Nascar. He loved his grandchildren and truck driving antics. He would have people searching for a cat with his cat noise he made at restaurants and grocery stores. Once, Buck had a cage with chicken wire on the top section where Mongoose was hiding. He rattled the box with people’s anticipation and there was a trip switch he would release where this nasty black wig would then fly out. There were so many memorable parties that we had; the annual Pig Roast, the pool parties and huge deck parties with family, food, and the kids. Buck was the life of the party, and he will be deeply missed.

Buck was preceded in death by his grandparents, Lester and Clara Hagan, Logan and Clara Mosby; his guinea pig, Petey, and his cat, Holly.

Visitation will be from 2pm until the time of service at 4pm on Thursday, October 28, 2021, at Sunset Funeral Home with Fr. Christopher Forler officiating. In lieu of flowers, please make donations to St. Vincent de Paul.

Arrangements have been entrusted to Sunset Funeral Home and Memorial Park, where you may call (812) 477-5316 or visit our website at www.sunsetevansville.com for more information.