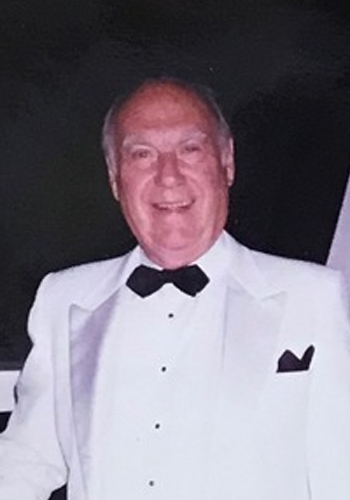 Gene was born on January 17, 1922 to Mabelle and Jesse Kennard of Evansville, IN.  He graduated from the University of Oklahoma with a degree in Geology in 1944.       The outbreak of World War II took him to Notre Dame Midshipman School where he graduated and served his country as the Captain of a Landing Ship Tank (LST).

Gene and Beverly strongly supported and positively influenced many young people through their involvement with Bosse High School.

Beverly passed away in 1983 and Gene then met the second love of his life, Mary E. Brantley.  Gene and Mary were married in 1986 and lived a happy and charmed life in Newburgh, IN.  Mary has three sons, Jim (Tammy) of Indianapolis, IN, Jay of Evansville, IN and Scott (Hien) of Perth, Australia.  Five grandchildren were added to this family, Amanda Brantley of Indianapolis, Jamie (Mark), Alli, and Nick Brantley and Tobi Tran, and one great grandchild, Nyla Gold.

Gene and Mary loved dancing, traveling and spending time with friends and family.

Gene was a wonderful husband and a loving father who enjoyed life to the fullest.  He lived his life with integrity, honesty and humility and always took the time to listen, help and teach.  This was all intricately woven with his sense of humor.  His common and endearing words to his children were, “Do good, love Pa”.  This world is a better place because of Gene Marshall Kennard.

In lieu of flowers, the family requests that contributions be made to the Bosse High School Larry B. Johnston Memorial Fund through the First Security Bank.

No Photos and Videos
Previous Gayla Dockery
Next Juanita Henderson