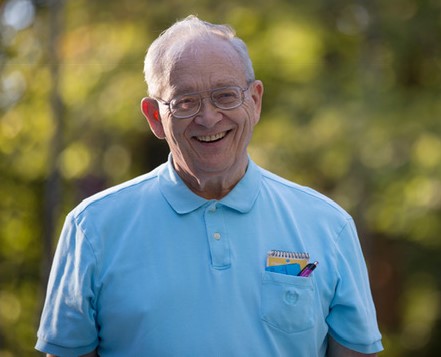 Gary James Hoadley, 74, formerly of Evansville, IN, died peacefully at home on May 3, 2020 from complications related to Alzheimer’s Disease surrounded by his family in Apex, NC. He was born in Princeton, IN to the late Jesse J and Mary (Henry) Hoadley and grew up in Evansville, IN, the youngest of 3 children. Gary graduated from Central High School and served his country in the US Air Force. He married his high school sweetheart, Juanita Jo Moore Blythe on March 26, 1965.

Gary spent most of his career as a Certified Orthotist, beginning at Evansville Orthopedics and later working in Michigan, Missouri, North Carolina and Illinois. He retired from Hanger Orthotics and Prosthetics in Evansville in 2008. Gary and Juanita moved back to NC in 2013 to be closer to family after they began having health issues.

In addition to his parents, Gary was predeceased by his sisters, Shirley Siscel and Connie Rueger.

He is survived by his wife of 55 years, Juanita of NC; and 2 daughters: Kathy, and her husband, Gabriel Montero of Apex, North Carolina and Patricia and her husband, Erwin deGraaff of Los Lunas, New Mexico and 6 grandchildren: Hannah, Logan, Jeffrey, Jordan, Alexandra and Arianna.

Gary is also survived by Todd Huffman of Evansville, IN, and Todd’s 3 daughters: Kelsey, Emerson and Haley. Gary and Juanita were honored to adopt their nephew Todd in 1982 after his parents died.

Gary loved music and played many instruments throughout his life: the drums, the accordion, the saxophone and most often, his record player. His sweet spirit, mischievous nature and sense of humor will be missed by those who knew him.