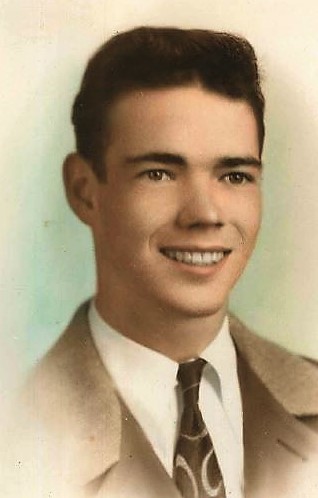 Everett Alder better known as Buzz or Jr. transitioned on July 16, 2019. At 90 years old he was still driving, smoking, and visiting his favorite local establishments. He was a man of character and good cheer.

He served during the Korean Campaign aboard the USS Oriskany as a plane captain. Buzz was a true Evansvillian, a devoted citizen, and civilian. He worked for Koch Label and retired after 40 years of service. As a man about town, his favorite hangouts were Harms Tavern, Bucks, Pollocks, PJs, Booz, Silver Saddle, Duffy’s, Hilltop Inn, and Al’s Bar.

He is survived by his sister Betty Ritter; his daughters Jamie and Darlene; his sons Barry (Jennifer) and Anthony Lee Alder; as well as a plethora of children and grandchildren. He once said families are not necessarily biological.

He will be laid to rest at Sunset Memorial Park next to his beloved wife Linda B. Alder.

He lived with dignity and integrity and his calm demeanor set him apart. Buzz was always quick to offer a helping hand. And one thing is certain concerning Everett A. Alder Jr., he lived his life and did it his way. Special thanks to Cathy Nally for her unbridled friendship and support. Cathy and Pops will always be best friends forever.