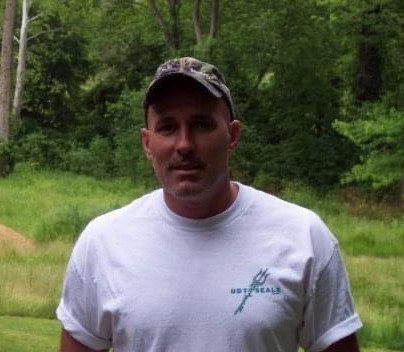 Eric G. Byram, age 58, passed away August 21, 2022, at Select Specialty Rehabilitation Hospital in Evansville, Indiana. Eric had been fighting ALS for over 2 years.

Eric loved wolves and over the years raised around 12. He had 2 when he became sick and Dr. Oliver took the wolves to his reserve on the west side and is now taking care of them. Eric was a gun collector. Although loved collecting, he would never shoot an animal. He had a love for old cars and trucks, never a new one. Eric had a kind heart and his greatest achievement in his life was his daughter Erika. Eric enjoyed watching his daughter playing softball and after watching a lot of girls not getting playing time. Eric and Deputy Rob Clark started a team calling it the ‘Misfits’ taking girls who weren’t usually picked to play and they won the Championship that year. Eric and Deputy Clark coached together 4 years. He was always there to help other people build something or repair things. Eric found a friend in all.

Visitation will be held on Friday, August 26th, from 5:30pm to 8pm and following on Saturday, August 27th at 10am with service at 11am at Sunset Funeral Home and Memorial Park.

In Lieu of Flowers please make donations to Dr. Oliver’s Wolf and Horse Rescue Ranch.  The address is 5601 Old Farm Road Evansville, IN 47720.