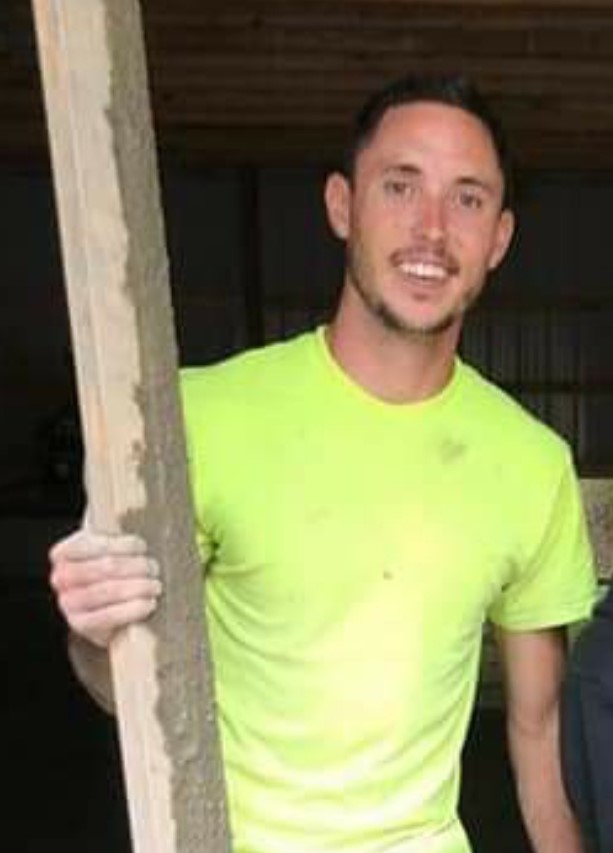 Dylan was such a kind hearted, good man and everyone who met him loved him. Dylan owned Cleveland Concrete Construction which was one of his biggest passions. He owned his thriving concrete business for 3 years. Dylan was an outdoorsman. He enjoyed hunting and fishing. He also loved big ford trucks. Above all else, he loved spending time with his children. He enjoyed spending time with his loving family and friends.

Dylan was preceded in death by his grandmother Carol Proctor; his father-in-law Chris Goodman; and his cousins Krystal White and Chase Hardrick.

Visitation will be from 4 p.m. until 7 p.m. Sunday, August 30th at Sunset Funeral Home. A funeral service will begin at 11 a.m. on Monday, August 31st at Sunset Funeral Home with a burial to directly follow at Sunset Memorial Park. Friends and family can visit from 10 a.m. until the time of service at 11 a.m. on Monday. In lieu of flowers, please make donations toward Dylan’s funeral expenses.