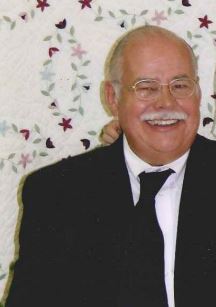 Gary E. Underhill M.D. died on November 16, 2020 at Gateway Hospital. He was born in Minneapolis, MN. in 1940. He attended Dartmouth College and the University of Minnesota receiving his M.D. in 1966. He did his internship at St. Luke’s Hospital in Duluth, MN. He served two years in the Unites States Air Force serving as a General Medical Officer in Izmir, Turkey. Doc then did a residency in Pediatrics at the University of Kansas. He spent 34 years as a board certified pediatrician at the Welborn Clinic in Evansville, IN. He was on the staffs of Welborn Hospital, St. Mary’s Hospital, Deaconess Hospital, and Gateway Hospital. He served on various boards and committees.

He was preceded by his parents Harold and Edna Underhill of Minnetonka, MN., his brothers Casey and Thomas, and his first wife Rosemary. He is also preceded by his in-laws Howard and Rene McIlroy of Duluth, MN., and Urban and Anne Simon of Haubstadt, IN of Whispering Hills Farm.

He met his wife Carole at a Gibson County family farm in Haubstadt, Whispering Hills Farm of Haubstadt, Indiana. Carole, a registered nurse, took care of Doc during his cancer illness. They had thirty-two years of a loving, happy marriage and good times. He loved his God, family, friends, patients, medicine, model airplanes, and his miniature poodle Gigi. A special thanks to Doctor Ahmed and the staff at Deaconess Clinic. Doc said, “Stay warm, stay dry, and stay away from sick people.” Doc will also be remembered for the tongue depressor airplanes.