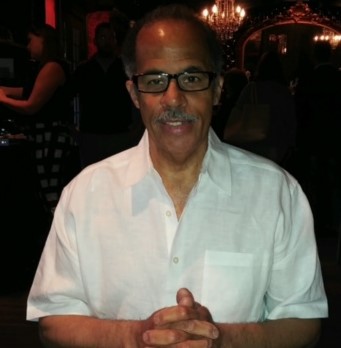 Daniel C. Johnson, 68, passed away in his home on January 18, 2021 in Newburgh, Indiana. He was born to his parents, Clarence and Maude (Lesuer) Johnson in Pennsylvania on April 27, 1952.
He graduated from Arnold High School in 1971. After that, he went on to work as a line mechanic until his retirement from Alcoa. As a man of faith, he attended Saint James Baptist Church in Evansville, Indiana. He was a handyman and loved to work with his hands. Danny liked playing basketball and was a huge sports fan, especially of the Pittsburgh, Steelers. He loved listening to music and photography. He was a people person and had a good sense of humor. He was a hard worker and an honest man. He was a truly family man and loved spending time with his loved ones.
Preceding Daniel in death are his parents and his sister, Mary Margaret Johnson.
Surviving Daniel are his wife of fourteen years, April Johnson; his sister, Karen (Peter) Danzmayr; his children, Daniel (Kimberly) Stevens and Matthew Johnson; his stepchildren, Alexis Miller and Apriel Miller; his niece, Jenny Danzmeyer; his grandchildren, DeAvion Cabell, Meilani Miller, Clayton Edwin Stevens, and Justin Michael Stevens; his sister-in-law, Melody Collins; and a host of other beloved extended family members.
Visitation will be held at Sunset Funeral Home on Friday, January 22nd from 11am-1pm with service to follow immediately at 1pm. Service will be livestreamed via Zoom.US. Please call Sunset at 812-477-5316 for the login information.