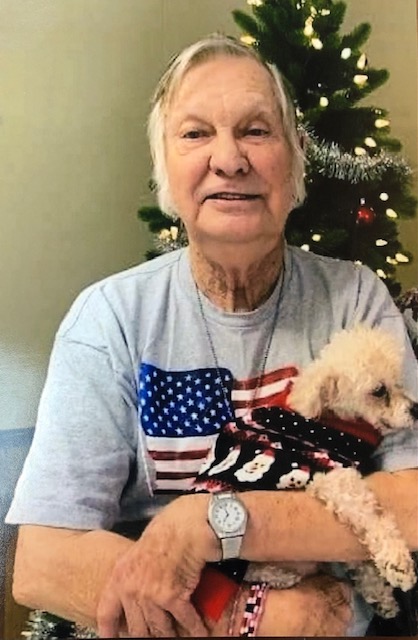 Curtis had been deaf since childhood and communicated through sign language. During his early years, Curtis delivered milk and spent time working as a farmhand. Curtis loved to tinker with things and spent many hours working on cars and mopeds. He also built elaborate dollhouses and cabins from popsicle sticks. Curtis was an animal lover and had three special dogs in his life. Fancy and Fuzzy were his loyal companions and were with him until they passed of old age. He leaves behind his loyal companion, Gus, to be cared for by his daughter, Gina.

For the last several years, Curtis was a resident of Transcendent Nursing Home in Owensville, where he was well cared for. Curtis was close to many of the staff, and he especially enjoyed being cared for by his niece, Christine Henson, who also works there.

Curtis was born on November 19th, 1936 to Curtis O. and Buehla (Moore) Straw. He was preceded in death by his parents; his brothers, Don and Jimmy Straw; his sisters, Phyllis Varner, Lydia Farmer, Martha Barker, and Judy Vyvee. Surviving are his sister, Sharon (Ernie) Dillion of Fransisco and sister-in-law, Nancy Straw of Owensville. Also surviving are his children; Lee (Trinity) Straw, Gina (Jeff) Staley, Arthur (Kelly) Straw, and Jesse (Angie) Straw. Curtis left behind 18 grandchildren and 16 great-grandchildren, along with several nieces and nephews.

Curtis is being cremated and a memorial service will be held at a later date.