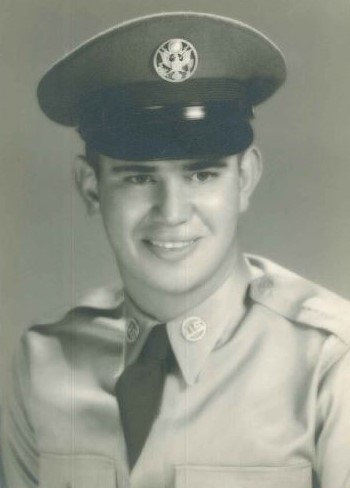 Charles “Wayne” Ralph, 82, of Evansville passed away on Jan. 3, 2019 at Signature Heath Care in Newburgh, IN. He was born on Dec. 22, 1936 in Evansville, IN to the late Thomas G. and Charlotte (Martin) Ralph. “Wayne” attended Bosse High School, then served in the United States Air Force from 1955 to 1961. While stationed in Casablanca, Morocco, he met his wife of over 60 years, Jamila. Wayne was a mechanical electrician for over 35 years at Alcoa until his retirement. He enjoyed fishing at Lake Barkley and traveling, especially to Morocco.

“Wayne” is survived by his wife, Jamila; his daughter Christine (Steve) Grainger; three granddaughters Andrea Dimmett of Evansville, Diana Wargel of Nashville, and Melissa (Garrett) Hartig of Evansville; and 5 great-granddaughters. He is also survived by his brother Thomas “Gordon” Ralph Jr. of Sidney, Ohio as well as two nephews. He was preceded in death by his brother Robert Maurice Ralph and his parents.

A visitation will be held at Sunset Funeral Home on Jan. 7th from 9:30 a.m. until service time at 11:00 a.m. Memorial contributions can be made to the Salvation Army. Our family would like to thank the staff of Signature Health Care as well as Ascerta Hospice for their excellent care.

No Photos and Videos
Previous Willie Cavins
Next Elsie Robinson