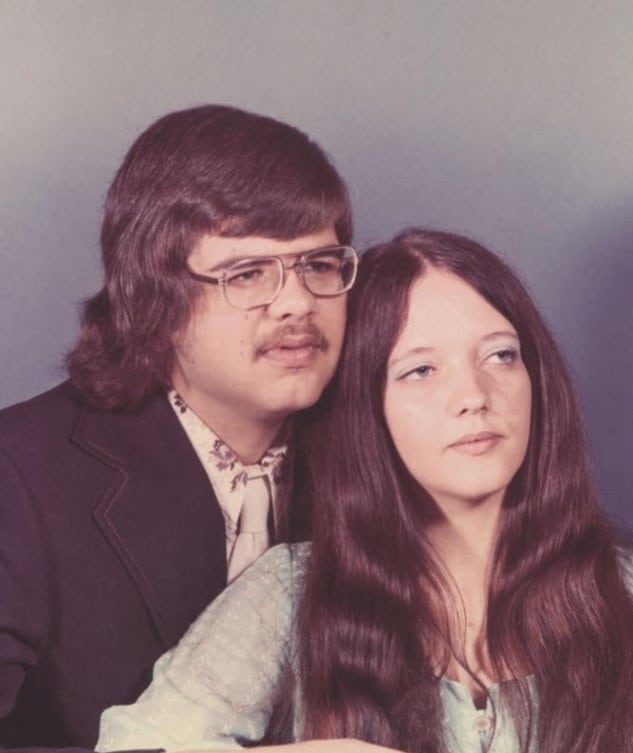 Chuck was a music fanatic, especially rock, no matter if on reel to reel, vinyl, or 8 track. He was a talented guitar player. If given the chance Chuck would have stayed in the 1970’s with his bell-bottoms and rock music.

Chuck loved classic cars and refused to get rid of his wife’s GTO no matter how many years passed.  He loved getting out on the road on his Harley whenever he got the chance. He was an amazing gardener and used to always make sure his yard was full of beautiful flowers. He loved his family dearly, they meant the world to him.

Chuck is survived by his children Paul Wright (Jill Pruitt) of Henderson, KY., Angela Wright (Adam Williams) of Evansville, IN.; sisters Barbara Hendrickson and Patricia “Pat” Tutt; granddaughter Layla Kay who was aptly named after a Derek and the Dominoes song both he and his son Paul shared a love for; and his grand-dog Josey.

Chuck was preceded in death by the love of his life, his wife Susan Kay Wright, his parents Charles and Polly Wright and his cat and beloved companion, Tiggy.

Visitation will be from 2pm until the time of service at 4pm on Friday, August 5, 2022 at Sunset Funeral Home with a burial to follow.