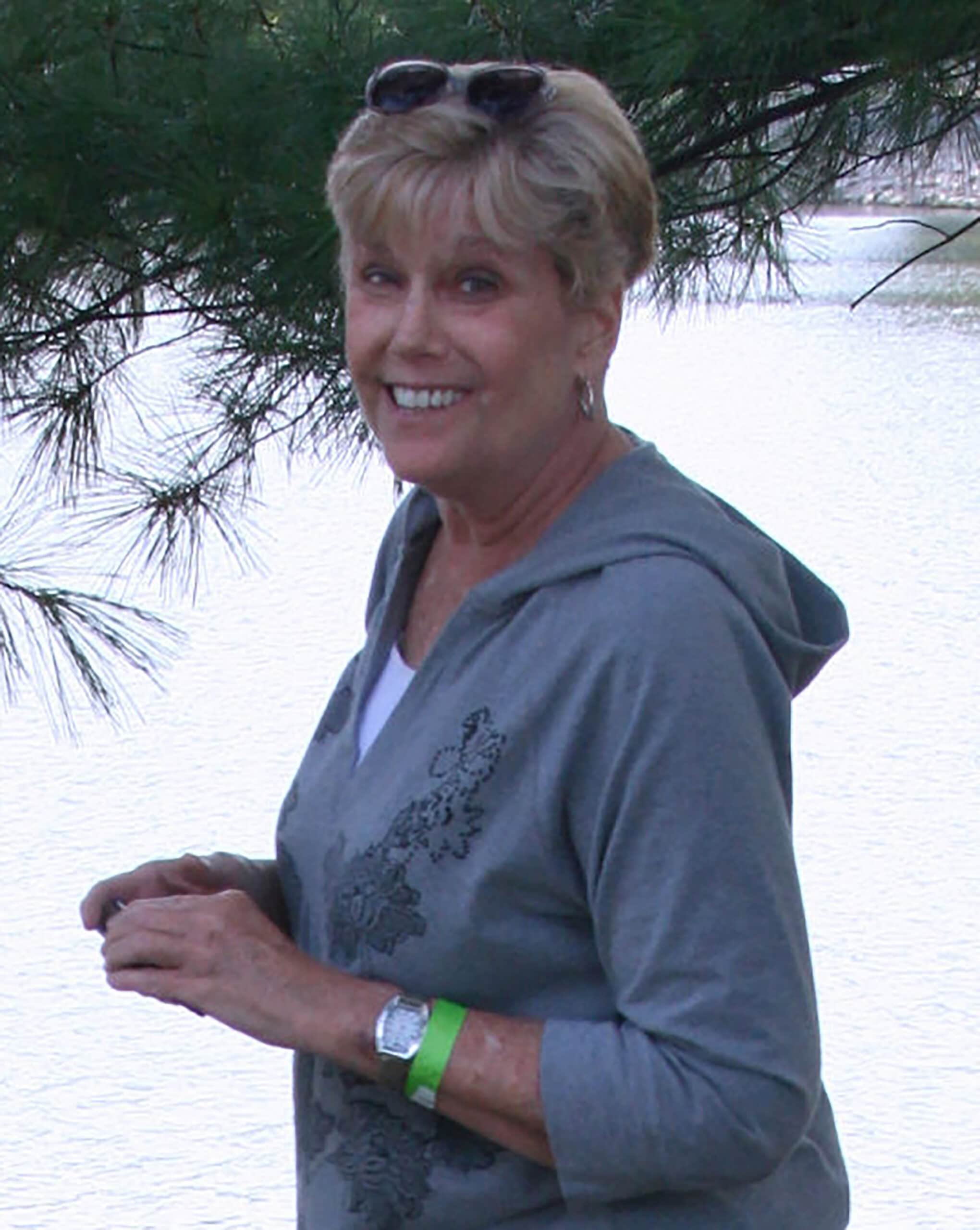 She was born in Evansville, IN, Oct. 4, 1953. After graduating from Rex Mundi High School she worked at Atlas Van Lines, Marian’s Hallmark, Mead Johnson, and Guardian Automotive until her failing lungs required her to quit working.

Carole relentlessly fought to live every minute of the last 20 years of her life. When she was diagnosed with Alpha-1 antitrypsin deficiency, a local doctor told her to go home and put her affairs in order. So, she went home and found a doctor and a support team at Methodist Hospital in Indianapolis and got listed on the lung transplant list.

She got the life-giving call for a double lung transplant in 2003. When she left the hospital 8 days later, she refused a wheelchair and walked out on her own two feet.

She spent the next 18 years living her life. She hosted family gatherings. She went to lunch with friends. She extended invitations to sit around her table sharing stories and a bottle of wine. Her dogs were loyal companions. Her cats were a continuous source of entertainment.

She built relationships with Alpha-1 patients she met in chat groups and listservs. She kept those friendships going through social media. One of those friends was John Morton. She married him in 2012. He received a lung transplant in 2019.

When Carole announced that she was seeking a lung transplant all those years ago, she said it could buy her another 5 or so years. We watched in wonder as the calendar turned again and again for her.

In the last few years, she had many procedures and hospitalizations. She was diagnosed with cancer in 2016. She prepared all of us that this was the end. She gave away her best jewelry that Christmas. She lived.

After surgery to remove skin cancer in 2017, the wound on her right leg wouldn’t heal. She was in such pain that she made the decision for a surgical amputation. She also went into chronic transplant rejection, and her lung function began declining. Yet, she lived.

During the last few months, she had a series of random, seemingly unrelated injuries and ailments. A broken foot. A painful infection in her hands and arms. And breathing was increasingly difficult. We believed she would live.

It became clear on Tuesday that 18-years of anti-rejection drugs had taken an unrecoverable toll on her kidneys. Once she decided to stop fighting, her body accepted her choice and let her rest at long last.

She is survived by her husband, John Morton; mother, Helen Gibson; sister, Janet (Joe) Coleman; brother, John (Erin) Gibson; and a nephew, Jacob (Edlyn) Coleman. She was preceded in death by her father, Roy Gibson, in 2012, and brothers Tommy and Eric in childhood.

Family and friends are invited to visitation from 3 to 6 p.m. Monday and 10 to 11 a.m. Tuesday at Sunset Funeral Home, 1800 St. George Road, Evansville, IN. A funeral service will be at 11 a.m. followed by a burial service at Sunset Cemetery.

In lieu of flowers, donations may be made to Another Chance for Animals in Evansville, IN.