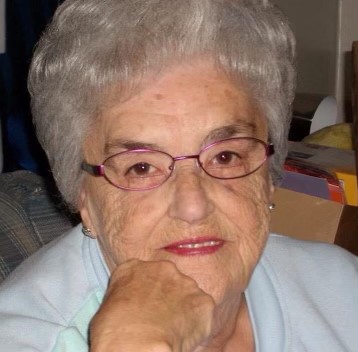 Bernice (Bernie) Joan Seaney of Evansville, Indiana passed away at the age of 87. Bernice was born on September 26, 1933, the 9th and last surviving child to James and Mae (Smith) MacIntosh.

Bernice lived around Robinson and Palestine, Illinois until she moved to Evansville in 1974. She graduated from Mann School, a one room school in 1948. She went to work at a grocery store and later on worked at L.S. Heath Candy Factory for about 10 years. She was also a bartender at the Saratoga and Double S. Taverns in Palestine. In 1952, she married Kenneth Inboden of Robinson and to this union , two children were born; Reba in 1953 and David in 1954. Her and Kenneth divorced after about 18 years. Then in 1973, she meet Harold Seaney of Evansville, Indiana. After they fell in love, Harold moved his Bride to Evansville. They were wed on April 4th, 1974. They enjoyed 33 wonderful years together before his passing on September 7th, 2007. Things were never the same after his passing. She missed him so much. About two years later, she went to work at Sunset Funeral Home as their greeter. She was there for almost two years and she enjoyed her job very much.

Preceding her in death is her daughter Reba; her husband, Harold; brothers, Ernest “Buck”, Lloyd, Frank, and Lawrence; sisters, Clare Shacklee, Thelma McCall, Bertha Frost, and Mary Ryzner; and both of her parents.

Visitation will be held on Saturday, January 9th, 2020 at Sunset Funeral Home from 11am to 1pm with service beginning at 1. Services will be officiated by Pastor Terry Gamblin. Remote services will be held via Zoom. Please contact Sunset at 812.477.5316 for the login information.